Article discussing the naming of school heads for the Japanese American Relocation Centers in Arkansas. 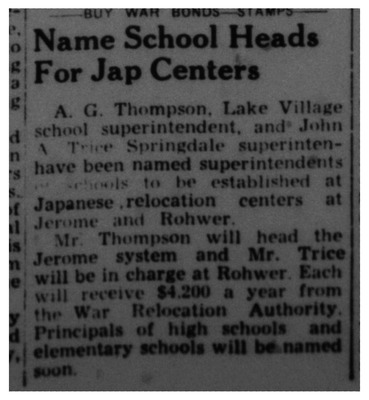