Newspaper article, "Jap [sic] Colony May Be Given Name of Camp Rogers"

Article discussing a potential name for the Rohwer Relocation Center. 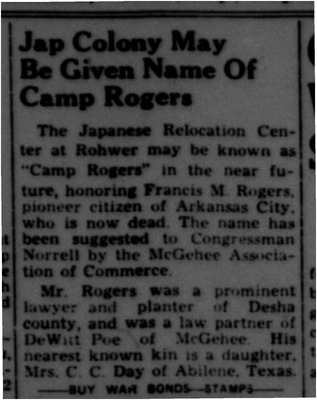