Article discussing the request for repair of the road between Rohwer and McGehee by the McGehee Association of Commerce directors. 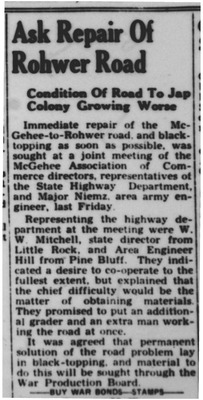