Article discussing the growing housing problem with the influx of workers at Rohwer and Jerome relocation centers. 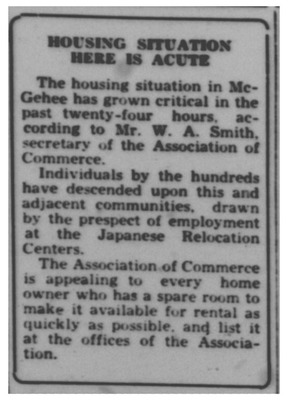