Newspaper article, "Get Ready for the 'Flood'"

Article discussing the influx of people brought on by construction at the Rohwer and Jerome relocation centers and the issues associated with the higher population of people. 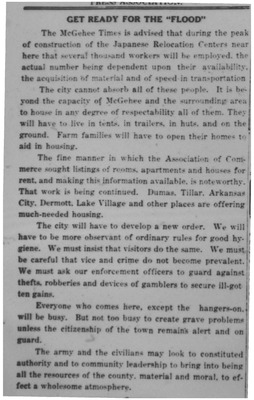