Article discussing the completion of plans for Rohwer Relocation Center 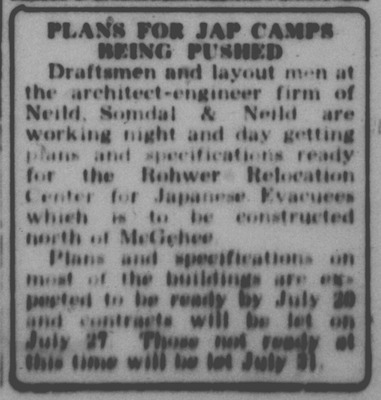