Article discussing a guard being injured during construction at Rohwer Relocation Center. 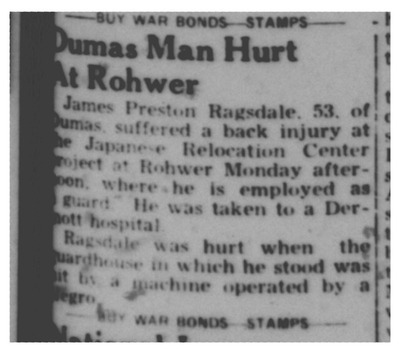