Newspaper article, "Headquarters for Rohwer and Jerome Relocation Centers Opened Here: Between 5,000 and 6,000 People Will be Employed in Construction of Japanese Centers Near McGehee"

Article discussing the construction of the relocation centers at Rohwer and Jerome. 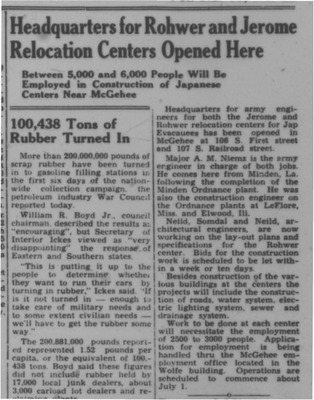