Article discussing the Association of Commerce's meeting during which the proposed Japanese-American relocation center was discussed. 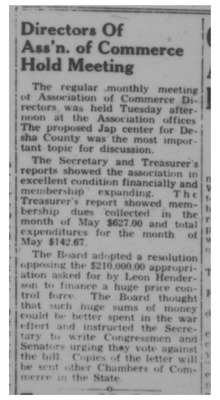