Newspaper article, "Jap Colony for this County: 10,000 Japs to be Moved Into Desha County"

Article discussing the decision to establish a relocation center near McGehee, Arkansas. 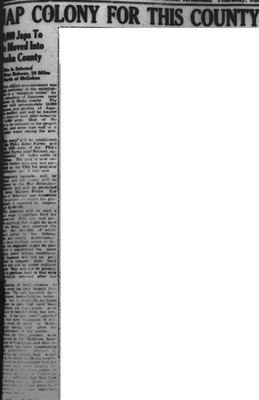