Article about the historic monument to those who served in the military from Rohwer Relocation Center. 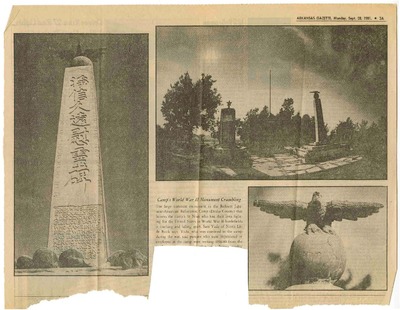