In 1923, Joseph and Mary Hunter, both Christian missionaries, married in Japan. This article is discusses their 50th wedding anniversary celebration. 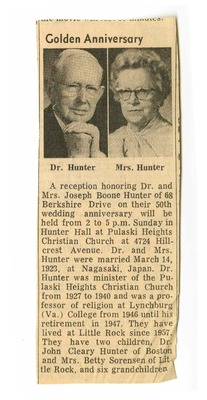