Newspaper article, "You do have a Future"

Article reviewing the history of the Japanese in America, the progress the Japanese community was making, and their struggle against prejudice. 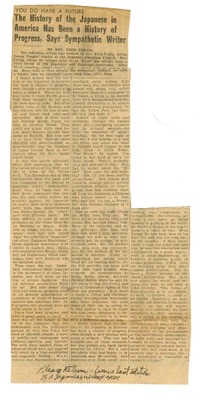