Article discussing the movement of 85,000 Japanese and Japanese Americans from Military Area No. 1 into relocation camps in the United States. It lists off the areas along the west coast where people were being forcefully evacuated. 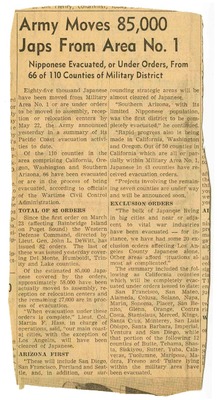