Memorandum, Ralph B. Jones, Arkansas State Commissioner of the Department of Education, to Governor Homer Adkins

Letter informing Governor Adkins that no state supported schools are willing to take in students from the Japanese Relocation program. 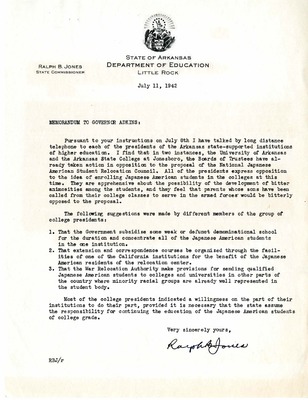