Photographic portrait of the Kendall male quartet, of which Joseph Boone Hunter was a member. 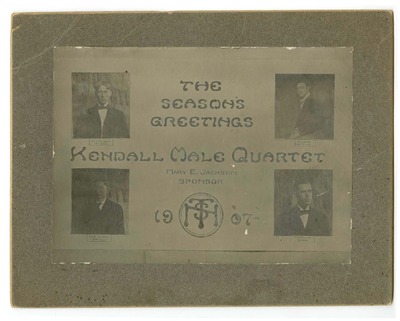