Photograph of Joseph Boone Hunter and his wife, Betty Hunter. 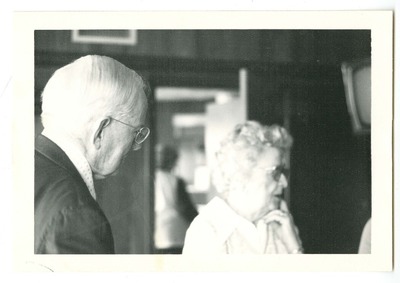