Telegram explaining to Governor Adkins what the Japanese American Student Relocation Council is and which students could be eligible for entrance into inland schools. Dillon Myer of the WRA is interested in Governor Adkins' position on their efforts. 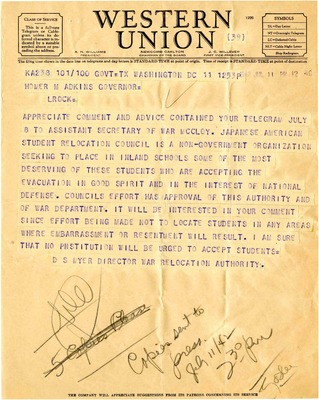