Letter from Chester C. Brown with the Chief Division of National Park System Studies thanking Dr. Hunter for the kind letter to A.C. Stratton, Associate Director of the National Park Service. Brown is offering to help in insuring the preservation of the Japanese Memorials at Rohwer. 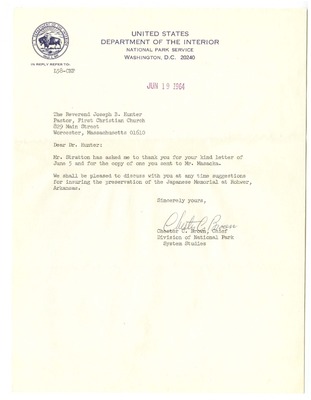