Dr. Hunter thanks A.C. Stratton, associate director of the National Park Service, for his time and consideration of the Rohwer Center Cemetery and the Nisei GI Memorial project. 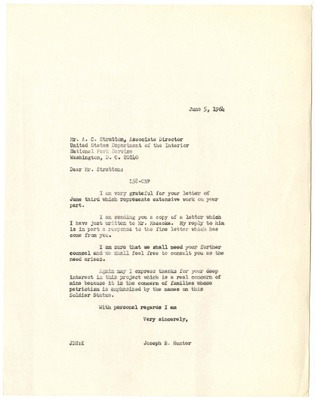