This letter from Mike Masaoka with the Japanese American Citizens League is informing Dr. Joseph Hunter from the First Christian Church in Massachusetts, that the Acting Assistant Director of the National Park Service decided that the Rohwer Center Cemetery and the Nisei GI Memorial did not fit the criteria for a National Park. 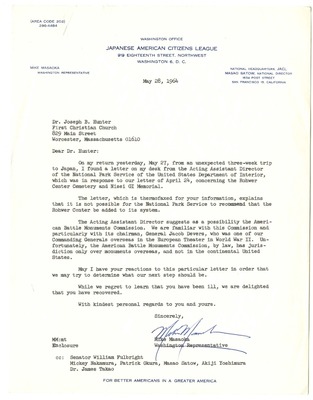