Letter from Mary Toda, secretary of Mike Masaoka with the Japanese American Citizens League, acknowledging a letter sent by Dr. Joseph Hunter to Mr. Masaoka on May 18, 1964. 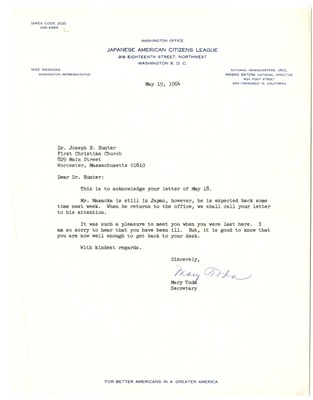