Letter from Dr. Hunter thanking A. Clark Stratton, associate Director National Park Service for meeting with him and Mike Masaoka with the Japanese American Citizens League about the possibility of Rohwer Center Cemetery and the Nisei GI Memorial qualifying for National Park status. Dr. Hunter wants the thirty-one Japanese American men that fought and died for the United States to receive recognition of their service.

After the bombing of Pearl Harbor on December 7, 1941, President Franklin D. Roosevelt signed Executive Order 9022, creating the War Relocation Authority (WRA). The WRA selected ten sites in which to imprison more than 110,000 persons of Japanese ancestry, over two-thirds of whom were American citizens. Two of these centers were in the Arkansas Delta, one at Rohwer in Desha County, and the other at Jerome in sections of Chicot and Drew counties. Over 16,000 Japanese Americans were incarcerated in these two centers between October 1942 and November 1945. The Rohwer Center Cemetery in Desha County is one of only three Japanese relocation center cemeteries still maintained in the United States. The Nisei GI Memorial commemorates the 442nd Regimental Combat Team and the 100th Infantry Battalion. These units were made up of Japanese Americans and draftees from Hawaii. Over 800 men from these two units were killed or missing in action by the end of the war. The 100th Battalion/442nd Infantry Regiment has been recognized for being the most-decorated unit of their size in American miltary history for service during World War II. 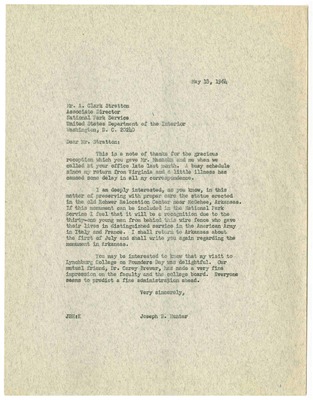