Dr. Hunter is writing to Mike Masaoka with the Japanese American Citizens League in Washington, D.C. to thank him for his time and effort with the Rohwer Center Cemetery and the Nisei GI Memorial project. Hunter also requests that Masaoka stop by the office of Mr. Ansel Cleary, apprentice training in the Department of Labor. 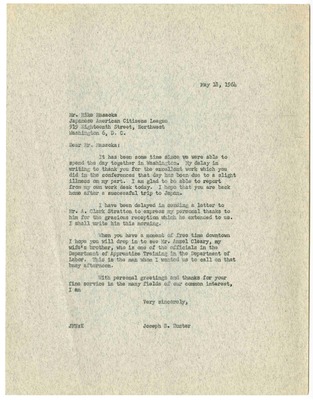