This correspondence is investigating the qualifications needed to adopt a WRA cemetery and memorial monument at Rohwer, Arkansas under the care of the National Park Service. Mike Masaoka is informing Mickey Nakamura, secretary of Rohwer Center Cemetery Association, that a investigator may be calling on him to discuss the project. 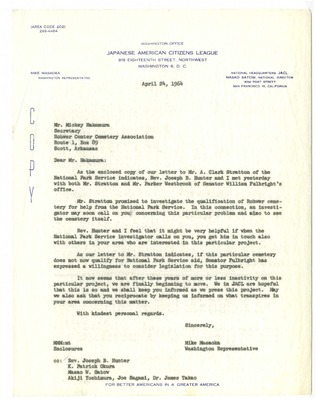