Letter from Dr. Joseph Boone Hunter to Mike Masaoka, Washington representative of the Japanese American Citizens League, requesting meeting with Masaoka and Senator William J. Fulbright to discuss the possibility of a WRA cemetery and memorial monument at Rohwer, Arkansas. 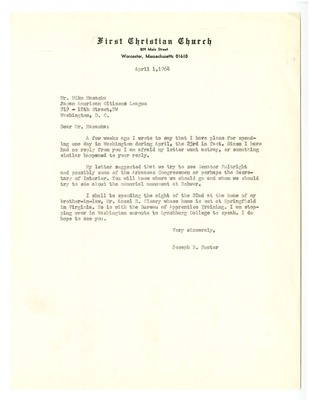