Letter from Mike Masaoka to Dr. Joseph Hunter making plans for a potential meeting between Dr. Hunter, Senator William J. Fulbright, the Arkansas Congressional Delegation, and the Japanese American Citizens League, in order to discuss the possibility of a WRA cemetery and memorial monument at Rohwer, Arkansas. 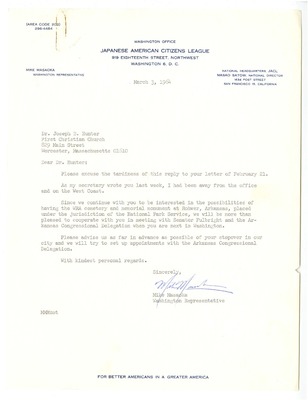