Letter informing Dr. Hunter that Mr. Masaoka is out of the office and as soon as he returns, he will address the letter Dr. Hunter sent to his office. 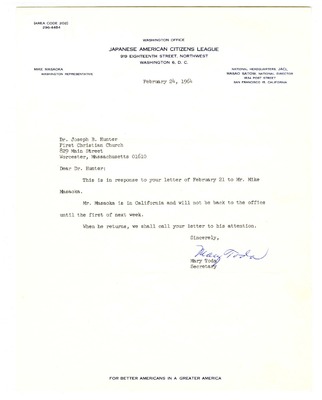