This document is a list of Japanese Americans who voluntarily enlisted in the United States military from the Relocation Camp in Rohwer and who died overseas fighting in World War II. This list was taken from the monument built to honor those individuals. 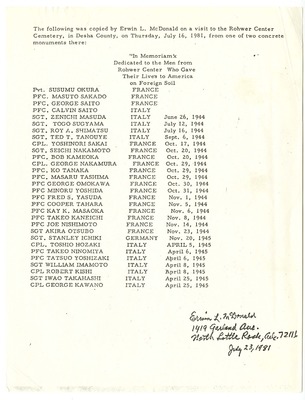