"TOWN AND FARM
IN WAR TIME"

(Continued from Inside Page)
being sold

More than 300 U.S. war casualti-
es are the result of unhealthful con-
ditions in Japanese prison camps,
according to messages received
through the International Red Cross
from Japan. Disease is stated in
each case is the cause of death.
Malaria, diphtheria, dysentery, and
pneumonia are the major causes and
same eases of beri-beri are reported. 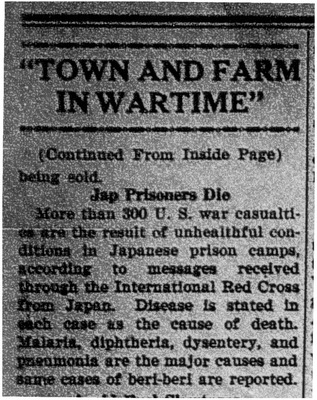