Article discussing the naming of a Japanese-American internee's baby after Denson Relocation Camp. 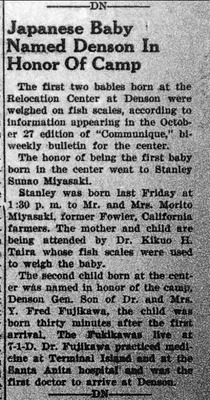