Newspaper article, "Several Thousand Japs [sic] To Arrive By End Of The Week"

Article in the Dermott News of the arrival of several thousand Japanese Americans at relocation centers in Arkansas. 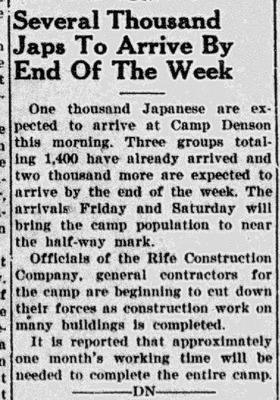