Dermott News article on the Arrival of Japanese Americans in Arkansas

This article discusses the arrival of Japanese Americans in Arkansas. 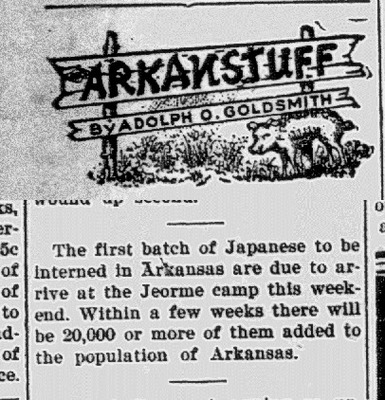