Letter discussing the need for a post office at each Japanese internment camp in Arkansas and how to appropriately name them. 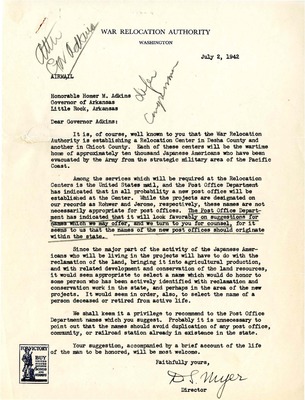