This article discusses the opening of War Relocation Authority offices in Little Rock, Arkansas, with E.B. Whitaker as director and comments on the desire of Arkansans to make sure Japanese internees removed from the state after the war. 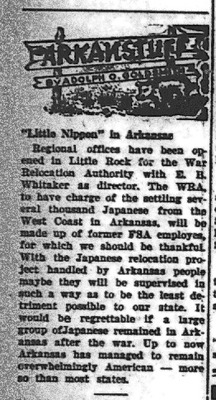