Newspaper articles talking about an Easter egg hunt hosted by Camp Shelby soldiers for children from the Japanese-American relocation centers in Arkansas. 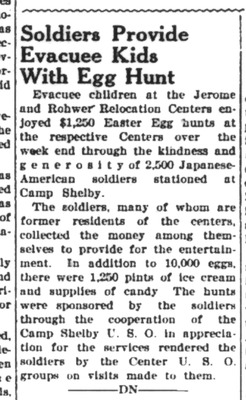