Newspaper article about the visit of an official from the Department of the Interior to Jerome Relocation Center in preparation for the center's closure. 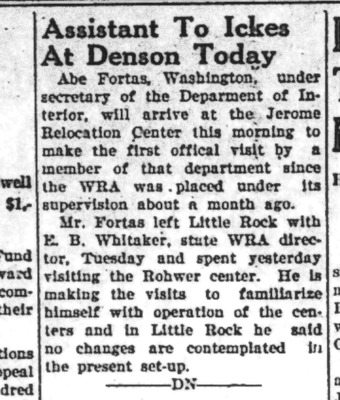