Newspaper article about the appointment of E.B. Whitaker as temporary manager of Jerome Relocation Center. 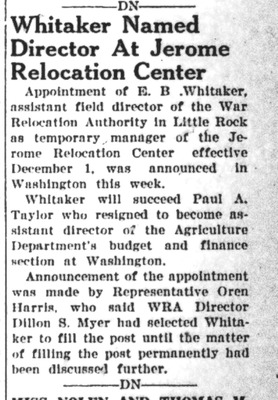