Newspaper article discussing the resignation of Paul A. Taylor as project director of the Jerome Relocation Center. 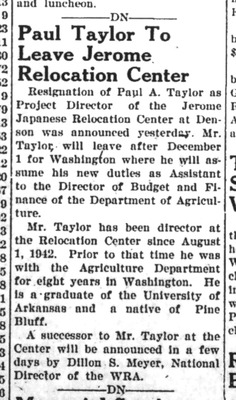