Newspaper article about the shooting of Shigeru Fukuchi, a Rohwer Relocation Center resident, by M.C. Brown, a tenant farmer outside McGehee. 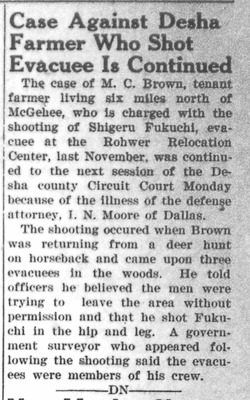