Newspaper article, "These Were American Soldiers," addition to General Comment by project director

Newspaper article included as an addition to general comment by project director. 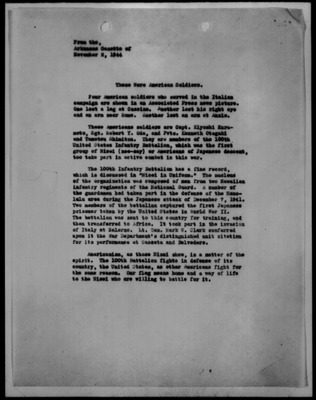