Transmittal letter from Dillon S. Myer to the chief of the reports division for the War Relocation Authority. 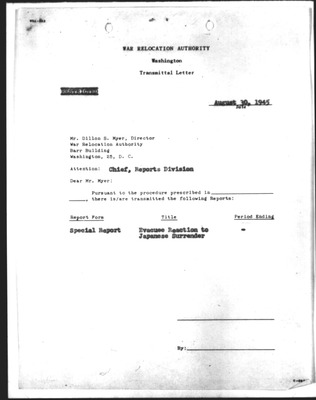