This is the prosecuting attorney's indictment of Samuel Cupples for selling liquor and operating a dram house without a license.

The manufacture and sale of alcohol has long been a contentious issue in Arkansas. Even in territorial days, there were strict regulations regarding who could sell how much to whom, when and where. Licenses were required although they were rarely administered in any fair manner. Despite the legal hazards, alcohol continued to flow abundantly through the state. 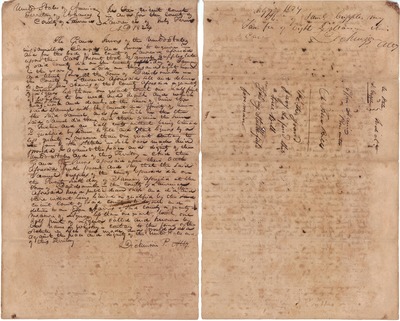