This is the prosecuting attorney's indictment of Charles Hatcher for committing perjury during the 1825 trial of Joseph Hardin versus John Findley.

Deception is one of the oldest crimes recorded. Charles Hatcher was called on behalf of Joseph Hardin during his suit against John Findley in 1825. Hatcher lied while under oath helping to ensure a verdict in Hardin's favor. Hardin was a man with a tough reputation; he had several assault charges against him and at the time of the suit, he was serving as Lawrence County sheriff. Maybe this influenced Hatcher's choice to commit perjury! 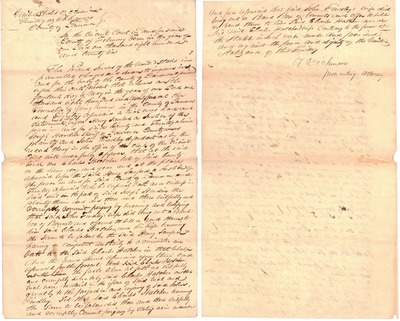