This scrapbook contains clippings from identified newspapers primarily around Arkansas, but also from Washington, D.C., and Oklahoma City, Oklahoma, regarding Hattie Caraway and her 1938 Senatorial race.

Hattie Caraway was the first woman elected to serve a full term as a United States Senator, representing Arkansas. She was born near Bakerville, Tennessee, to William Carroll Wyatt, a farmer and shopkeeper, and Lucy Mildred Burch. She attended Ebenezer College in Hustburg, Tennessee, and then Dickson Normal College, where she received her Bachelor of Arts degree in 1896. After college, she taught school before marrying Thaddeus Caraway in 1902. The two had three children: Paul, Forrest, and Robert. The couple settled in Jonesboro, Arkansas, where he practiced law and she cared for the children and home. She also helped oversee the family cotton farm.

Thaddeus Caraway was elected to the United States House of Representatives in 1912 and served until 1921 when he became a U.S. Senator. Mr. Caraway died in office in 1931. There was a precedent of appointing widows to temporarily take their husbands' places, and Arkansas governor Harvey Parnell appointed Hattie Caraway to the vacant seat. She was sworn in on December 9, 1931. She won a special election in January 1932 for the remaining months of the term, becoming the first woman elected to the Senate. In May 1932, she announced that she would run for a full term in the upcoming election. She won the general election in November. In 1938, she ran for reelection and won. She also ran for reelection in 1944, but lost to U.S. Representative J. William Fulbright. 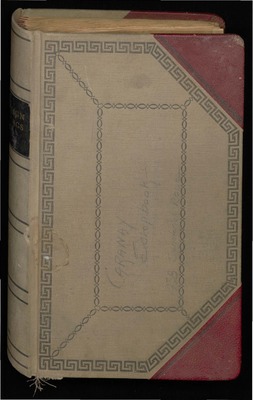